The New Bad Boys of Magic 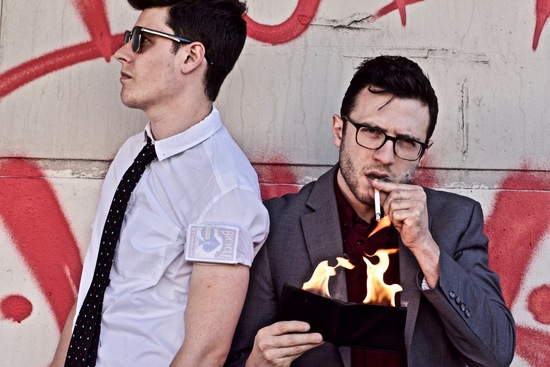 Daniel Donohue and Eric Siegel were the hottest double act in Chicago—until their rockstar lifestyle forced Eric into early retirement. After several years apart, the two will try to reignite the magic.

As comedians, Daniel and Eric have performed at Second City, iO, the Annoyance, and Upright Citizens Brigade.

As magicians, they have played birthday parties, charity dinners, weddings, variety shows, the International Brotherhood of Magicians, and the Harry Houdini Estate. You may have even seen them at the world-famous Magic Castle (not performing—waiting in line to get in).