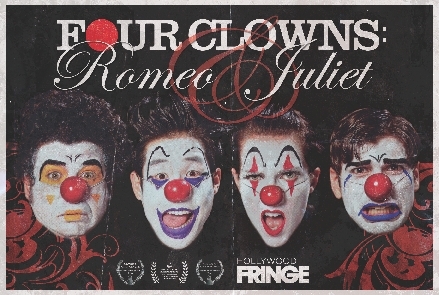 In the late 16th century, William Shakespeare wrote Romeo & Juliet, the greatest romantic tragedy the world has ever known. Now, over 400 years later, the Four Clowns show-turned-troupe present their adaptation of his legendary play. Nothing is sacred as the four clowns explore themes of youth, love, lust and vengeance, all in the pursuit of laughter.  The show contains graphic violence, strong sexual situations and other wanton behavior.