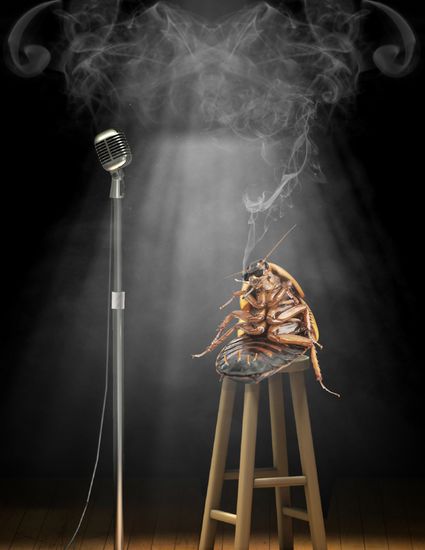 Wayne, an actor and Tea, his singer-songwriting girlfriend attempt to realise their dreams in Hollywood. But the arrival of a six foot wise-talking cockroach and a predatory music mogul expose the fragility that holds them both together.

‘’…It would be giving away too much to describe what follows; suffice to say that the story gets even darker than before, leaving pools of blood on the floor. Whitehurst’s portrait of Hollywood is about as savage and uncompromising as any I’ve ever seen. ’’ Totaltheater.com