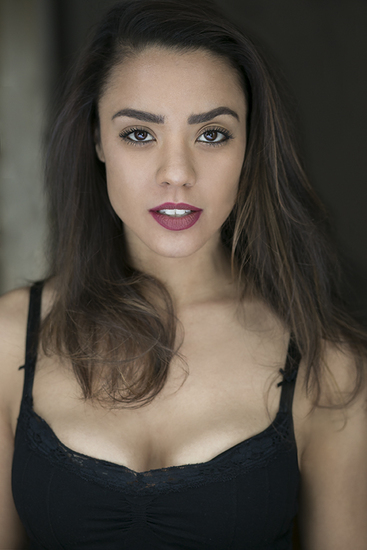 Asia Lynn Pitts, a Las Vegas native, majored in both Theatre and Music at the College of Southern Nevada.  In May of 2016 she completed the two-year Professional Workshop at the prestigious Circle in the Square Theatre School in NYC. Upon graduating she completed her first Solo-actress play Mouthy Bitch by Dennis Bush at the 2016 Hollywood and Las Vegas Fringe Festivals. Shortly following she stepped in as the lead actress, Tea, in Cockroach Dialogues by William Whitehurst for its Encore production at the 2016 Hollywood Fringe Festival. She performed her second Solo-actress play, The Horla written by Andy McQuade in the 2016 NoHo Fringe Festival which was nominated for several awards. She has performed in several college productions, including lead roles as Crystal Allen in The Women by Clare Boothe Luce, as Molly in Below the Belt written by Dennis Bush, and as Muffet Di Nicola in Uncommon Women and Others by Wendy Wasserstein. Asia took on the lead role as Starr in the World premiere of Thanksgiving which won several awards at the 2017 Hollywood Fringe Festival including the Beyond Bechtel-Wallace Award and Unleashed Award. Asia appreciates the power of the theatre to expose audiences to different human experiences and she looks forward to being able to do a variety of challenging, enlightening, and inspiring work as she moves forward with her career. She hopes to one day own and operate her very own Theatre/Theatre company. She is thrilled to have been given the opportunity to take on the role of Effa Manley and is SUPER stoked to get to finally work with the extremely talented Writer/Director Matthew Robinson. She is thankful to her Mother for passing down her strength, passion, and ability to endure.