EINSTEIN! ~ a Pick of the Fringe and Encore Winner 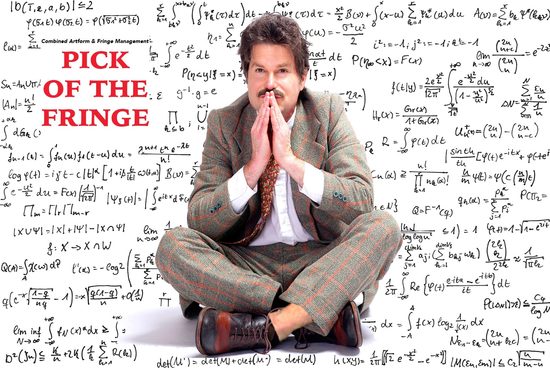 “Jack Fry puts in an especially moving and nuanced performance that is so inescapably real, it’s almost as if he, Einstein, is.”
Gia On The Move

War-torn Berlin, 1914, Albert Einstein awaits news from an eclipse expedition that will prove his theory of general relativity. But Einstein is sent sideways in a world crumbling around him due to The Great War, colleagues stealing his theories, being isolated for his pacifist views, a wife who won’t give him a divorce, his failing health, a huge scientific backlash, anti-Semitism, thoughts of suicide, his own self destructive genius and a young son fighting for his father’s affections.

It’s Einstein at his peak. Until now, no knew the struggle and heart it took for Albert Einstein not only to prove relativity, but the trials he went through to be the father he always wanted to be.

Based on the recent release of 15,000 documents about this curious man, Jack Fry breathes life into one of the most intriguing icons of all time.

“A very human look at a much mythologized man… compelling and sensitively presented… flies by at near-light speed.”
- CBC, MANITOBA

“It may all be relative, but this show is a guarantee.”
- JEWISH JOURNAL

“… a glorious evening’s entertainment… a personal triumph for Fry and for the science we know so little about.”
- RANDOM LENGTHS NEWS

written, performed and researched by