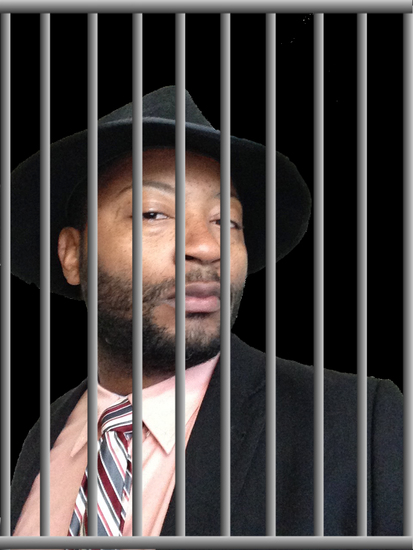 Ben-El David, a.k.a Benny Weinberg, or is it Benny Lee Harris Weinberg-Lumpkins Jr., whatever it is, is blewish, a.k.a. black and jewish. Oy Vey! or Sababa!? Either way, the struggle is real. Benny has heard it all from “How are you Jewish?”, to “You’re not really Jewish, are you?”

Born in the home of the world’s first Jewish Crime Family, The Purple Gang, Benny’s early Jewish influences were all around him. As a young kid in the mean streets of Detroit, the Jewish curiosities began with a high school english teacher, Mr. Daniel Sheehy. Why was he never at work? What was that funny thing he wore on his head all the time? What’s a shmuck?

As an adolescent, and the final flight of Detroit Jews from the inner city to the suburbs was complete, Benny had lost touch with his Jewish friends, and their sense of community and ideologies. Fast forward to an era of new enlightenment for Benny and a hunger to regain his early Jewish inspirations, Benny began his adulthood journey into Judaism.

Would Benny have to forget his former life in order to find the answers he was looking for in Judaism? “Why Judaism?” Is their really a God? What’s this Jesus thing all about?

ATTENTION: THIS STORY IS WAY MORE FUN THAN THE DESCRIPTION LETS ON…

NOTE =>I will perform for you a lyrical dance number. There will be a World Premiere of an International Vocal Ensemble. I might actually sing, and there will be dancing and crowd participation, AND it will be part scripted and part improv. Now who can beat that?

Its time to answer these questions and more at the only Oneg at the Hollywood Fringe Festival 2016.