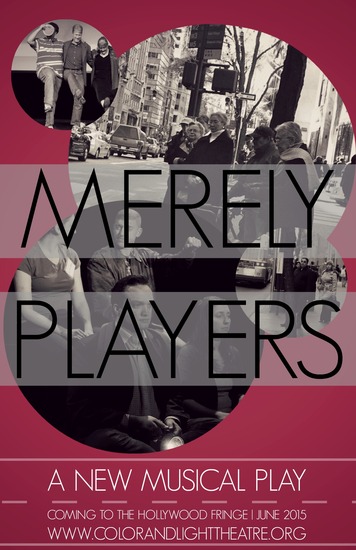 “Whether you’ve ever done community theater or never trod the boards in your life, you will love Merely Players. And you might even buy a ticket to go back. I have…” – Steven Stanley, Stage Scene LA

Merely Players is a meta-exploration of the theatre scene that follows a struggling (and mostly terrible) theatre troupe, the Boyle Community Players, as they attempt to put on a musical that maybe really should never have been written in the first place.

Every show, up to three audience members will have the chance to join the Players and help drive their new musical “Bus Stop!” to the musical theatre promised land.

Want to join the madness?
Want to just watch others throw themselves into the fire?
Tickets now available.

“Color and Light is infuriatingly great.”

“Just when you think the team at Color and Light Ensemble can’t get any better, they do.”

as "the stage manager"

as addison, playing "the young woman"

as cecil, playing "the cripple"

as hunter, playing "the construction worker"

as kiley, playing "the business woman"

as sonny, playing "the single dad"

as glen, playing "the black guy"