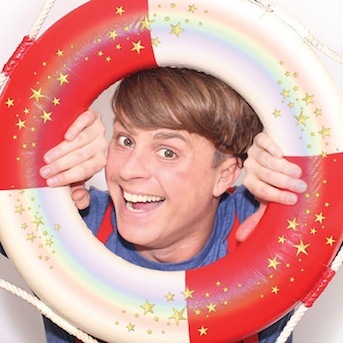 Meet Lance…wannabe cruise ship entertainer, celebrity stalker, and pathological musical theater fanatic. Lance got a taste of fame from the moment he was born on the ice during an ice rink show. After failed auditions for the High School of Performing Arts and numerous rejections from dozens of Off-Off-Off-Broadway shows, he was finally cast as the head of Big Bird in “Sesame Street Live: On Ice!” After being let go for “not giving good head”, Lance began stage managing and understudying for the Broadway-themed ice shows on his two gay dads’ cruise ship, the S.S. Spectacular. Now, Lance is docked in town for one night only and since he’s never been on a talk show, he’s hosting his own! This variety-talk show with a twist features Lance’s original songs, clever dances, and witty rapport with his special guests Liza Minnelli, Hugh Jackman and Miami Sound Machine. If they show. Lance has suffered for his art. Now it’s your turn.