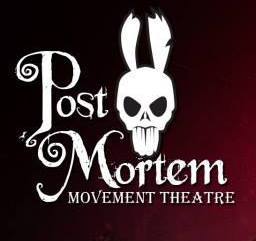 Ravens and Writing Desks is an exploration into the world and works of Lewis Carroll through the medium of movement theatre. The story follows Alice and her wanderings through Wonderland, where she meets a bevy of eccentric Carrollian characters, encounters a multitude of sensuously surreal circumstances, and learns some valuable lessons about life, love, and growing up.

Ravens and Writing Desks is presented by Post Mortem Movement Theatre in their sensually stimulating signature style, utilizing movement, dance, and occasional dialogue to share not just a story, but an experience with their audiences.

Ravens and Writing Desks premiered in August of 2013 at the Garage Theatre in Long Beach. After selling out all 16 shows, the minds behind Post Mortem Movement Theatre decided to bring Ravens to the 2014 Hollywood Fringe Festival, marking the ensemble’s Fringe debut.