That's funny. You didn't sound black on the phone. 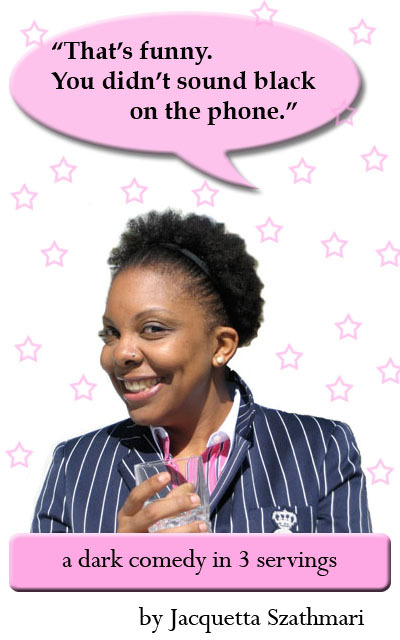 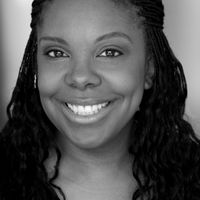 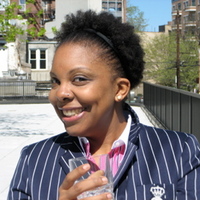 “African-American actress Jacquetta Szathmari explains that for many years she had “given up on being black,” not out of any internalized racism but because she had always disapproved of the narrow definition of behavior imposed on her by the outside community. In her cracklingly smart, funny, philosophical and often politically incorrect monologue, Szathmari describes growing up in an isolated, hardscrabble rural Maryland community, where she always dreamed of finding class and culture—it’s not that she didn’t want to be black, she wanted to be upper class and live the life exemplified by a copy of The Official Preppy Handbook she purchased at a library bookstore. Thoughtful, introspective and sweetly intimate, Szathmari’s solo show offers a great deal to ponder, as it presents a genuine, unapologetic nonconformist on her own journey of self-discovery. "
Reviewed by Paul Birchall, L.A. Weekly

“That’s funny. You didn’t sound black on the phone.” is a dark comedy, solo show by NYC-based comedian and screenwriter Jacquetta Szathmari. Reared in extreme rural Maryland, Szathmari tells three tales of negotiating class and race in an intellectual vacuum where attitudes have changed little since slavery. In “Don’t Give Up on Black People” memories of a playground ultimatum are conjured by a greeting card found in a Harlem hair salon. “The Preppy Handbook” explains how and why a 4th grade Jacquetta schemed for a life of crew races, bold Laura Ashley floral prints, and boarding school—and ended up in Delaware. The concluding piece, “Probably about Church”, is not about soul saving. Not in the least. Szathmari’s act is a witty, acerbic, and candid commentary on race/class relations and the failures of modern society as observed by a skeptical young girl.