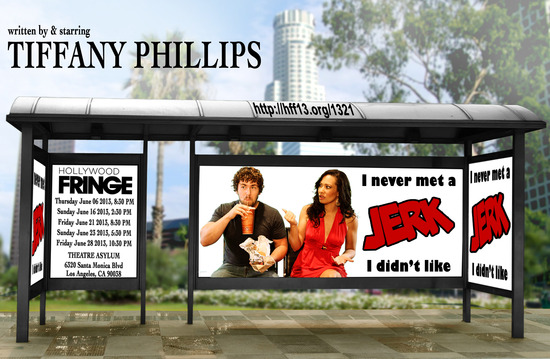 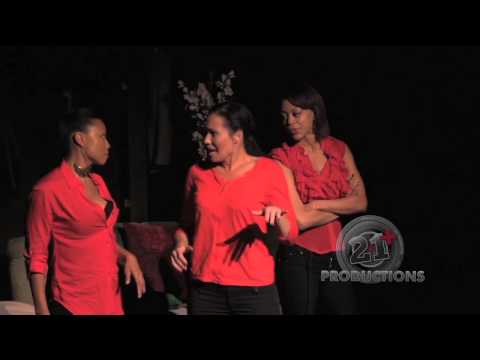 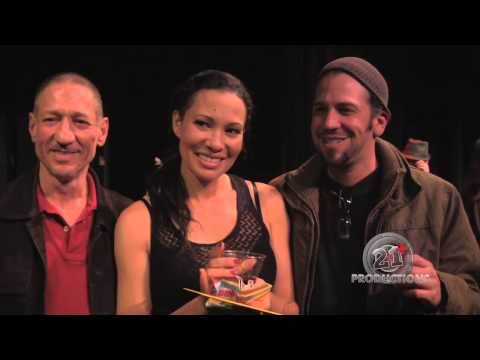 LA Weekly’s #3 pick of the “Top 10 Shows To See At The Fringe!” Only ONE performance left!

“Phillips is a hilarious and accomplished performer and comedian that will definitely keep you entertained with cringe-worthy stories of patheticism and wasted sex hair.” LA Weekly

“Not since Kimleigh Smith T-O-T-A-L-L-Y performed during the 2010 Fringe has an actress so dominated the boards as did Tiffany Phillips in last night’s preview. This play is a monster hit and most worthy of your attendance.” Bob Leggett, The Examiner

Tiffany Phillips, accomplished performer, writer, singer & comedienne brings to the Fringe, her fast-paced, hilarious, one woman “tour de force”, “I Never Met A Jerk I Didn’t Like”; an unabashed referendum on dating in the 21st Century.
It’s World Premiere opened to a record breaking, sold out debut in that LA theater’s 30 year history.
Tiffany invites us on her roller coaster of a ride, through the minefield of love. It will make you laugh, it might make you cry and it will DEFINITELY make you think. A comical journey through the jerk magnet phase in a Tiffany’s life. A topic most women (And even men) can relate to. They say bad decisions make good stories. Especially in this case. You’ll meet many of those “jerks” and other interesting characters along the way. Get into the mind of these women who shun the good guy while chasing after the bad boy and the epiphany that comes along after having their heart stomped on one too many times. It’s hilarious, outrageous, real, inspiring, at times shocking and highly entertaining.
You DO NOT WANT TO MISS THIS!
Fasten your seat belts and come join us!
*This just in: “I Never Met A Jerk I Didn’t Like” was just invited to be apart of New York’s United Solo Festival!! What a tremendous opportunity! NYC here we come!!