David and Leeman: How to Convincingly Fake Honesty 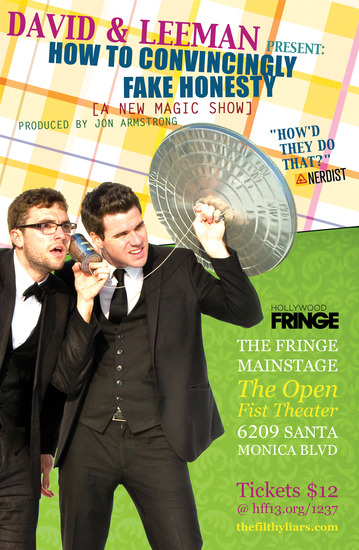 TOLUCAN TIMES says it’s a “spectacular laugh riot . . . Ingenious, hilarious, and dangerous . . . [and] a crowd pleaser across the board.”

Winners of the 2012 Los Angeles Comedy Festival and returning Top 10 Show of Hollywood Fringe Festival 2012. David and Leeman return to fascinate, fool, and whip you into a flummoxed frenzy. Theirs is magic at its finest and funniest. LA’s Filthy Liars will have your arms flailing in delight.