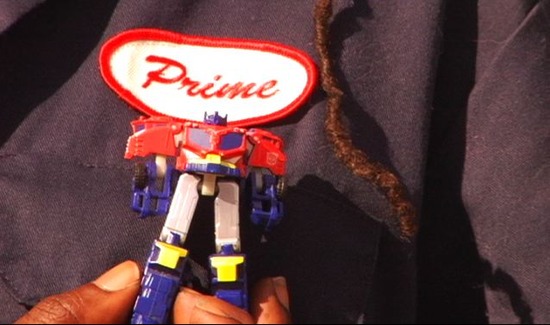 ! Death 40-Feet Tall ! is the true story of one geek’s desperate attempts to become an extra in the first Transformers movie, despite not actually being an actor. Framed around the relationship between two best friends while exploring the meaning of Optimus Prime, it is a one-person storytelling show … with a dash of Michael Bay!

! Death 40-Feet Tall ! made its world premier at the first Hollywood Fringe Festival. It returned in 2011, where it was the only solo show nominated for a 2011 Best in Theater award.

Pam is happy to talk about all things storytelling and/or nerd with students and teachers after the show. Not before. Before the show she has to throw up backstage. It’s part of her process.