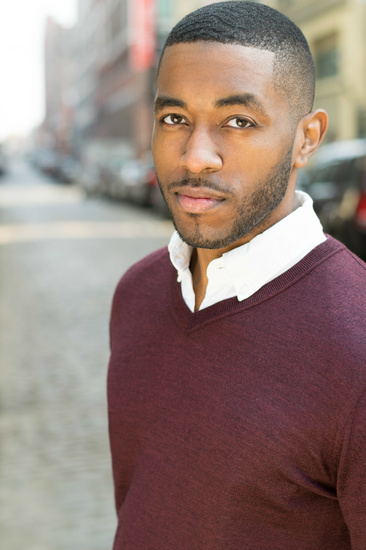 avid J. Cork is an actor, writer, and creator from Indianapolis, Indiana. After transferring from Clark Atlanta University in Atlanta, GA, to New York University, he completed his BFA in drama from Tisch School of the Arts. After graduation, David has gone on to appear in numbers commercials, plays, film and television productions. Some of his most recent credits include, Zoohouse (National Black Theater), Gun Hill (BET), Black and Blue (New York Fringe), The Breeding (NovoNovus), All Things Considered (Society B. Productions), and Mapplethorpe (prod. by Eliza Dushku). As a writer and creator, David and his production company BiUS Entertainment have released Bi: The Webseries, with David staring as the lead. The series has been featured in NBC OUT, LGBT Update, Huffington Post, and Now This Entertainment highlighting the show’s unique and fresh point of view. David is currently working on a documentary called No Homo, No Hetero with bisexual activist and author, H. Sharif “Herukhuti” Williams, Ph.D, M.Ed, which will explore the relationship between masculinity and identity in black bisexual men. He is also directing a series of short films called The ExCylce set to be released this summer..