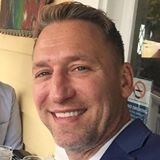 Is happy to be making his Hollywood Fringe debut. He was commissioned by the Baliwick Theater in Chicago to adapt and direct Oscar Wilde’s,Dorian Gray. Other theater credits include, The Normal Heart, The Roads to Home, Relative Strangers, Boy’s Life and Into the Park. Film writing/directing credits include, Little Boy Blues, One Third the Terror, The Boy Next Door and The Real Housewives of Beverly Hills Adjacent. He graduated with a BFA in theater from Webster University in St. Louis. He is an Advisory Board Member at the Geffen Playhouse. John lives in North Hollywood with his husband Juan and their house full of animals!