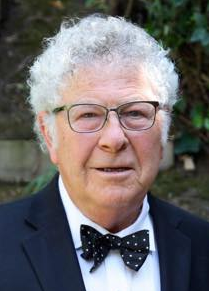 John F. Smith (Producer) is an American soap opera writer and producer. Jack is best known for his stints as head writer of The Bold and the Beautiful and The Young and the Restless. Prior to Jack’s tenure on Y&R, there was a period of widespread audience erosion. When Jack was producer, ratings increased by over 2 million viewers. Most of the increase occurred in 2004 when Smith co-wrote the show with longtime Y&R scribe, Kay Alden.
Additionally, for The Bold and the Beautiful, Jack continues contributing scripts, and for The Young and the Restless he served as Co-Executive Producer.
Recently, in 2015 and 2016, Jack presented a stagings of his original musical “Dreamland”, for which he wrote the book, music, and lyrics along with his very talented daughter, Asia. The two are working together again in developing a television dramedy (entitled Steeltown) as well as on the production team of “Ronnie Brixton”.
Jack has been nominated for and won numerous Daytime Emmy, Writers Guild of America, and Producers Guild of America Awards.