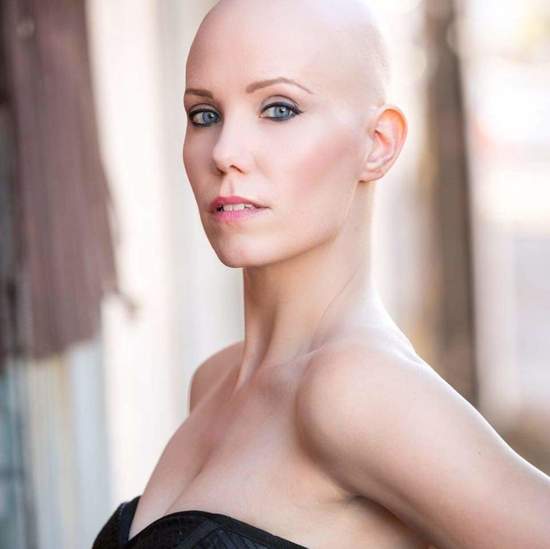 Swedish born actress and TEDx speaker Jannica Olin is Hollywood’s Only Bald Blonde. Having lost all her hair to Alopecia in 2014 she took on redefining what beauty is supposed to look like in our pop culture. She is also an example that no matter what happens to you, you don’t have to quit your dream. A graduate of The Neighborhood Playhouse in New York, Jannica has been a part of the popular immersive theatre show The Willows (2017-2019) as well as two seasons of CreepLA by Just Fix It Productions. Jannica can also be seen in music videos for Jessie J and Janelle Monae as well as several commercials and independent film.