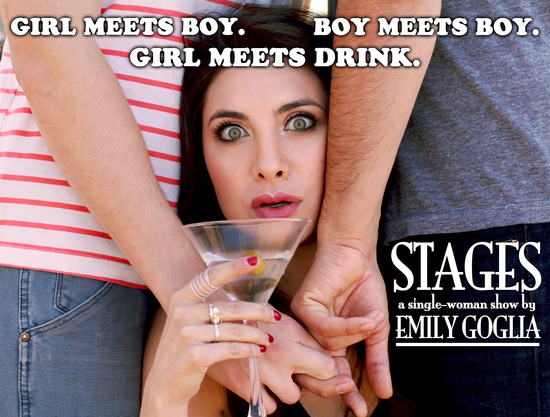 Emily is a singer, actor & dancer raised in Los Angeles, CA. She recently sang with Christina Aguilera in her “MasterClass” online video, and you may have also caught her in FOX’s “Grease, Live!” or on NBC’s “The Sing Off” leading the fierce female powerhouse group, ELEMENT. Some of her favorite theatre roles include Maureen in Rent, Baker’s Wife in Into the Woods, Carrie in Carousel, and Maria in West Side Story. Emily’s one-woman show, “STAGES: Girl Meets Boy, Boy Meets Boy, Girl Meets Drink” has been performed at New York’s hottest supper clubs, Feinstein’s/54 Below, The Metropolitan Room, and LA’s Rockwell Table & Stage. You can see it now at the Three Clubs as part of the Hollywood Fringe Festival (www.hff18.org/5288) Throughout the year, Emily travels the world with the USO Show Troupe, performing for the military and their families. www.emilygoglia.com @emilygoglia