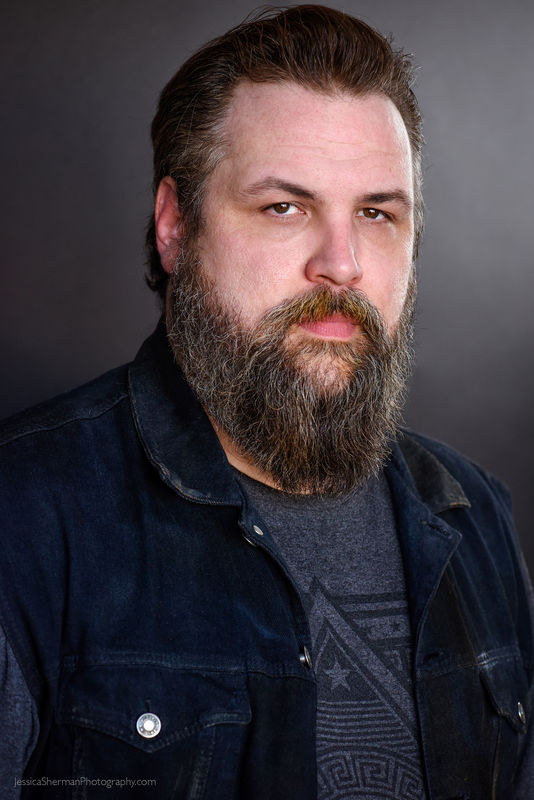 Check out his silly Dance Reel, which landed him on Jimmy Kimmel, a Meghan Trainor music video, and a Jack in the Box commercial. See it at DavidHaverty.com

He is a leading role opposite of Neal McDonough in a sci-fi feature film called MONSTERS OF MAN which was released amidst the covid-19 outbreak on December 8th 2020 to rave reviews. You can currently see the film on AMAZON PRIME.

He returned to the stage during Hollywood Fringe 2019 in ‘45 MILLIGRAMS’ (https://www.hollywoodfringe.org/projects/5966).
With the team that brought you the Award-winning production of ‘DEFINITION OF MAN’ (https://www.hollywoodfringe.org/projects/4439)
Reviews of his HFF19 work in ‘45 Milligrams’ that premiered at The Broadwater Black Box in 2019:

David was NOMINATED for the 2013 SPIRIT OF THE FRINGE AWARD for BEST MALE PERFORMANCE for his work in RYAN IS LOST which he later reprised his role with Emmy Award winner Brittany Allen at the New York Fringe in 2014. Directed by Michael Nankin (Dir- Battlestar Galactica, Sarah Conner Chronicles, Hells on Wheels, and many others.) https://www.hollywoodfringe.org/projects/1280

Also during HFF19 he was the UNDERSTUDY in THE DEATH OF SAM MOBEAN with the Orgasmico Theatre Company. https://www.hollywoodfringe.org/projects/6083

As HAMLET SR in the Sacred Fools’ production of ‘SKULLDUGGERY: A musical prequel to Hamlet’.

As THE DUDE in Rockwell’s Table and Stage Production of the Unauthorized Musical Parody of the BIG LEBOWSKI. (other credits at Rockwell have been understudies for Romeo & Juliet: Love is a Battlefield, the workshop readings for Hipster Sweatshop and Emojiland (which went to Off-Broadway without him in 2020), and understudy for UMPO Home Alone.

As FRANK in the two-hander relaunch of RYAN IS LOST at the Sacred Fools Theatre Company, with Brittany Allen (Emmy Award Winner, All My Children, Defiance), Directed by Michael Nankin (Dir. Battlestar Galactica, Life Goes On, Monk…). Soon to be produced in NYC at the New York International Fringe Festival in August 2014. (BEST OF FRINGE Extension, WINNER of SPIRIT OF THE FRINGE for BEST WRITING & BEST FEMALE PERFORMANCE, also Nominated for SPIRIT OF THE FRINGE BEST MALE PERFORMANCE & BEST PRODUCTION)

As a Principal Cast Member in Matty Simmons’ SKETCHES FROM THE NATIONAL LAMPOON at the Hayworth theatre with SNL cast member John Milhiser and Orgasmico’s Jesse Merlin.

As Bottom in Groovelily’s rock musical of A LITTLE MIDSUMMER NIGHTS DREAM.

As Albert in the Gothic Rock Michael Teoli Musical CARNEVIL at the Sacred Fools Theatre Company.

Other favorite musical theatre credits (Outside LA in Reginal Theatre) include Urinetown (Bobby Strong), Thoroughly Modern Millie (Trevor Graydon), Disney’s Beauty & the Beast (Beast) and A Funny Thing Happened on the Way to the Forum (Pseudolus).

Thank you for taking the time to read my bio and learn more about my work as a performer and artist.