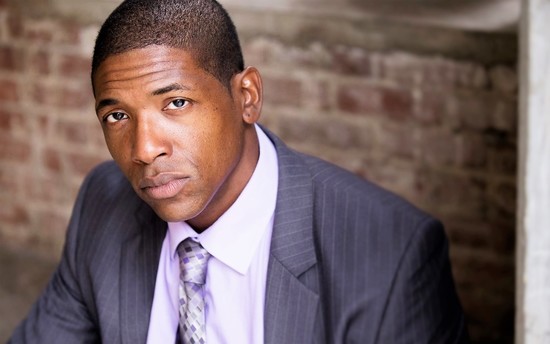 Dominic Daniel, a Detroit native, began snatching up roles in movies and TV after being in L.A. for only a few months. After landing a Chevy Equinox Campaign the ball got rolling, giving Dominic a venue to demonstrate his skills on the small screen on shows like The Shield, Charmed, Guilty or Innocent, The Loop, Video Game Reunion, Animal Practice, Game Over, and Shameless. This is fall he will be recurring as Agent Ware on the new Epix TV series Get Shorty, alongside Ray Romano and Chris O’Dowd.

Dominic is excited to be back up on the stage after being away for 10 years. "I’m elated to be back and performing in this amazing work of art that is a piece of Americana. “A Solider’s Play” been performed by some of the best actors of the past three decades and to be a part of such a rich and historical piece like this is a blessing." When he’s not acting, Dominic’s spends most of his time writing scripts and creating streaming content.