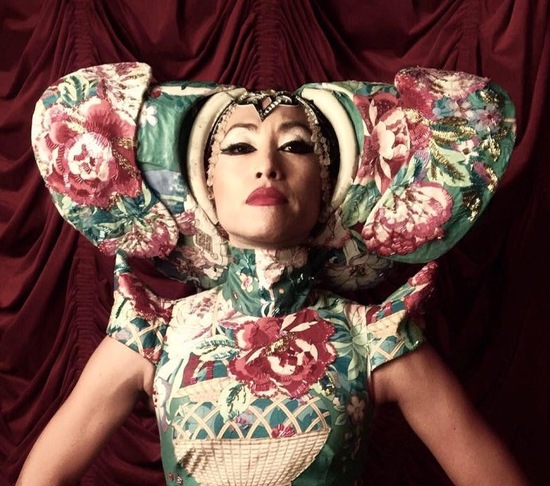 “I view myself spiritually a female born into a male form in this physical realm.”

Yozmit is a Los Angeles based singer song writer, performance theater artist and costume designer. Through the ritualistic performance art, Yozmit combines theater, dance, pop culture, fashion, gender identity, mythology and shamanism onto a single canvas. She sees her art as a form of research that helps define the unknown mysteries of her universe. She is currently working on ‘Do You’ – music/fashion/performance art campaign which uses the imagery and a Pop Iconography of contemporary stardom as a vehicle for engagement towards our own path of self-discovery with the intention of reminding everyone that we all are ‘Star Seeds’. Yozmit utilizes her art that is presented to a mainstream audience as a medium of healing of the human consciousness.

‘WALK’ performance into public spaces such as hotels, clubs, retail stores, and various streets around the world to explore the concept of marriage between site-specific performance installations and personal meditation practice.

Yozmit focuses greatly on personal spiritual growth using the various meditation techniques and prayers and worked as a volunteer worker for the HIV/AIDS prevention and transgender civil rights.

In 2010, Yozmit performed in Marina Abramović’s ’The Artist is Present’ at the Museum of Modern Art ( MoMA ).