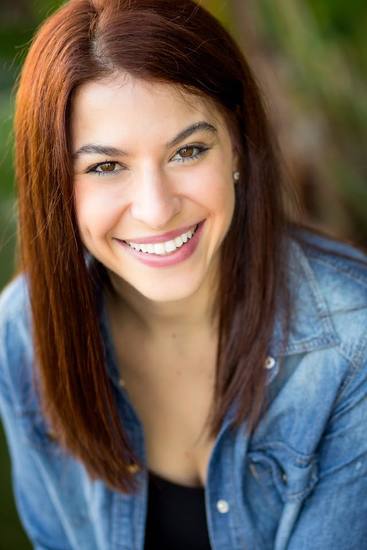 Dara earned her fine arts degree from Indiana University where she also performed at The Bloomington Playwrights Project. After graduating Dara moved back to her hometown of Chicago where she studied at The Piven Theatre. She found her love of improv and sketch when she began training at The Second City, iO (formerly Improv Olympic), The Annoyance Theater, and ComedySportz. At Second City Chicago Dara was featured in the sketch show, Major Reservations-Party of 7, and two different runs of Knuckleball: A Sketch Comedy Revue.

In Chicago, Dara’s study of improv gave her the chance to perform with a number of amazing groups; including the acclaimed, The Davenports, an improvised soap opera. The Davenports had a long standing run and was one of few groups that became an offical selection of the 2012 Chicago Sketchfest and the 2012 Kalamazoo Improv Festival.

You can see Dara in numerous comedy videos including BigHead Star Wars Force Awakens Parody: Rey Meets Luke and Facebook in Real Life: Your Annoying Status. She has been on the set of many television shows and films, including Kathryn Bigelow’s award winning, Zero Dark Thirty.

She is currently a member of the house improv team, Consenting Adults at M.I.’s Westside Comedy Theater in Santa Monica.