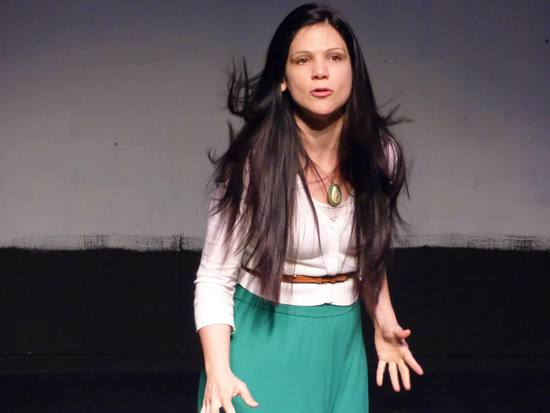 Deana Barone is an actress, storyteller, solo performer, produced playwright in NYC and LA, and director. She has acted Off-Broadway, in film, TV, commercial and voice over. She has won theatre awards for her acting and was cast as a regular on the Showtime Matthew Perry/Peter Tolan pilot (“The End of Steve”). Deana wrote, acted in, and produced a short film, “Salt Whisky Slap” about to make its rounds at festivals. She co-created a TV series, “Daphnia,” which is in preproduction. She also created “The Trunk Show,” a multi-genre storytelling event, and teaches storytelling classes in Los Angeles and Santa Barbara. Deana tells stories and does performance art all around LA, is a Moth StorySlam winner. and has directed, developed and dramaturged over 100 pieces, including three critically acclaimed solo shows. She is directing Joan Afton’s piece in the Fringe this year, and her show this season, “MetaFam” played at the Whiteface Theatre’s SoloFest 2016. She is a guest artist/teacher at UC Santa Barbara and Cal State LA , and works with business innovators, including DirectTV, using story as a sales tool with her organization, "The TellTale Company.” She is also on the board and creating web content for the new Von Furstenberg philanthropy, “FemCare,” which provides pads and tampons for homeless women, and explodes taboos around talking about periods.