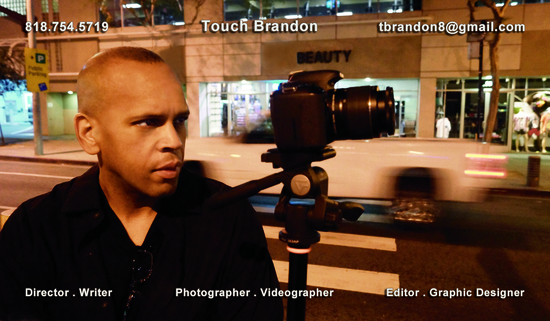 In 2001 Touch teamed up with director Carla Valentine and co-produced the stage play “The Nature Of Man”, which made its off-off Broadway debut at Musical Theatre Works. A year later Carla and Touch began pre-production on their first film project based on the same stage play.

In 2003 Touch relocated to Los Angeles and started working as a freelance video editor on various projects.

In 2015 He co-wrote and co-directed the feature film “LGBT Love Stories” produced by Shelbe Chang.

He is currently in the process of forming his own production/post-production company, Evil Baby Genius Productions (EBG).

“In My World, All Kind Hearts Are Welcome.”

And Now You Know Everything That You Need To Know About Me :)