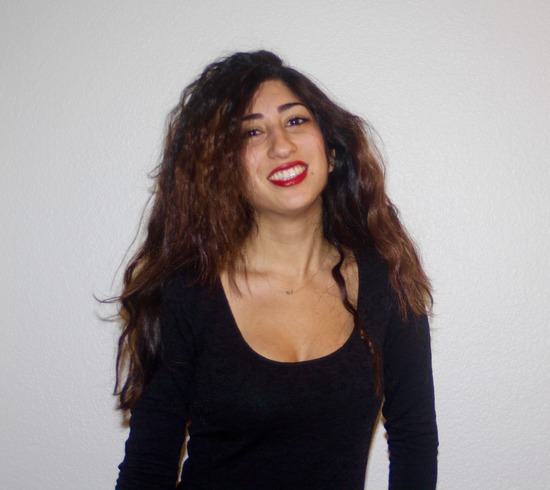 I am twenty six years old and have lived most of my life in Tehran, Iran. In my country, performing art is not an easy thing to do because of the censorship and many limitations from the government. During the time I was studying for my bachelor, I was a pioneer in building a theatre club in my university, Shahid Beheshti University, and was the first woman to direct shows and manage workshops for students. Eventually I directed Art by Yasmina Reza and Stranger walking in my room, three monologues by August Strindberg, Eugene O’Neill and Harold Pinter. This leads to me being hired to hold acting workshops in two of the best high schools in Tehran.

In 2011 I moved to United States, California with the dream of directing. I started acting and assistant directing from the beginning in Saddleback College. I assisted wonderful people like Robert Prior, Bill McGuire and Olivia Trevino and learned a lot from them. For the Kennedy Center American College Theatre Festival 2013 and 2014 I directed Crooked and Uncle Vanya and received the second place award in directing from the Stage Directors and Choreographers Society competition. I also achieved the Angels for the Arts Scholarship for Directing in 2013. In recognition of these honors I was given a play to direct on the main stage, which no other student has ever directed a main stage production. The Governess, The Glass Menagerie, The Outside World, The Variations on the death of Trotsky, and The House of Bernarda Alba (one of the best experiences I have ever had), are the plays I have directed in California. In August I’ll start my M.F.A in Theatre Directing at Yale School of Drama. Epic theatre and Russian theatre, specially Anton Chekhov’s plays are my favorites in theatre. One of my biggest dreams is to direct Cherry Orchard one day.