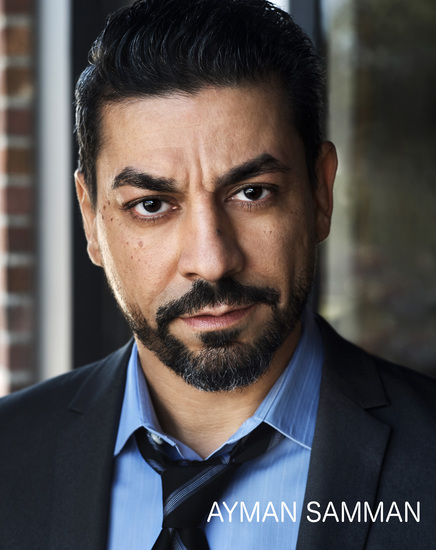 Ayman Samman was born in Cairo, Egypt. After earning a degree in Egyptology and fronting one of the very first Heavy Metal bands in Egypt, he moved to Chicago and pursued a career in music. While in Chicago he fell in love with acting and studied and performed with Chicago’s best. Currently living in Los Angeles as a full time actor and writer.

As a fluent speaker of both English and Arabic, he is able to portray a vast range of characters. Ayman’s first major film role was in the Clint Eastwood’s Oscar nominated blockbuster film American Sniper (2014) where he shared the memorable dinner scene with Bradley Cooper. He also had a small role in the Lifetime Movie Don’t Look Back (2014) and the indie award winning thriller God’s Slave (2013). In addition to movie appearances, he made guest star appearances in television hits like Lopez (2016), Blindspot (2015), NCIS: Los Angeles (2015), Satisfaction (2015) and Pretty Little Liars (2014). In (2017) Ayman booked recurring appearances on Scandal, Madam Secretary and The Looming Tower.

Ayman’s dramatic chops are matched by his comedic quick wits as seen in his Stand Up Comedy performances around Hollywood’s renowned Comedy Clubs. His natural storytelling skills and his ability to easily connect with people are ingredients to his recipe for success.