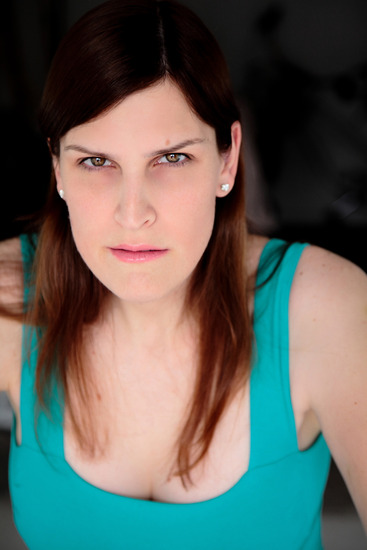 Julie Rei Goldstein has been performing in a multitude of mediums over the last decade. She has done VO in several animated series including “Paradise Kiss”, “Magical Girl Lyrical Nanoha” and “Tweeny Witches” as well as playing multiple roles in the award-winning claymation short “Ketchup" and the upcoming Gen Zed. Gamers may recognize her work in video games like “Magna Carta 2”, “Majin and the Forsaken Kingdom”, and more recently as the brash Mute in “Ar Tonelico Qoga: Knell Of Ar Ciel.” In front of the camera she’s been seen on TV in shows like “Tim & Eric’s Bedtime Stories” and Nickelodeon’s “Henry Danger.” Over the years she has been part of the Los Angeles theater scene, performing in various productions at the Next Stage and Tres Stage Theaters. As a staunch Trans Feminist, she has written for TIME as well as contributed on pieces for Salon. You can follow her on Twitter (JulieRei) or visit her website (http://www.julierei.com).