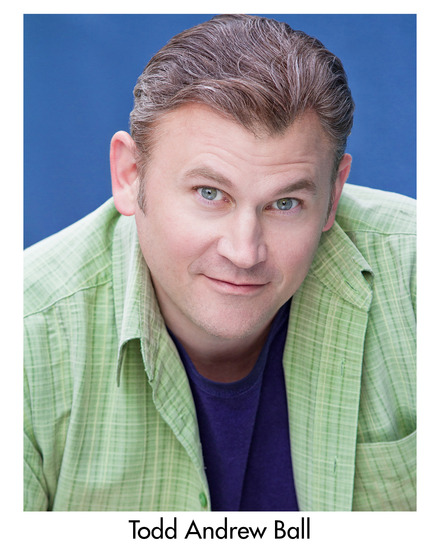 Todd Andrew Ball has lived in Los Angeles since 2001, moving here after having worked in the theatre scene in Chicago.

He appeared in the 2015 Fringe production of The Count of Monte Cristo: The Musical.

Todd is a member of the Group Repertory Theatre and has appeared in Bach at Leipzig (Graupner), Cat on a Hot Tin Roof (Gooper) and Tiger By The Tail (Slocum) with the Group Rep.

Todd is also a familiar face at the Glendale Centre Theatre having performed in about 30 shows there including the Barber in Man of La Mancha, Jack Gable in Leading Ladies, Gerald Bolingbroke in Me and My Girl, Eugene Fodor in Crazy for You and Messenger 7013 in Heaven Can Wait

Another company Todd has had the pleasure to work with is Unbound Productions who produce the Halloween show Wicked Lit. In 2012 he appeared as Brother Percy in Wake Not the Dead and Karswell in Casting the Runes in 2011.

Some of the other diverse roles Todd has enjoyed over the past few years include Lov Bensey in Tobacco Road at the Raven Playhouse, Emperor Joseph II in Amadeus, Hercule Poirot in Agatha Christie’s Black Coffee, the Pinhead Manager / Lord John at the Luna Playhouse in a production of The Elephant Man with SanZman Productions, Verges in Much Ado About Nothing with Still Chasing Productions and Hannibal in the ELATE production of The Curious Savage.