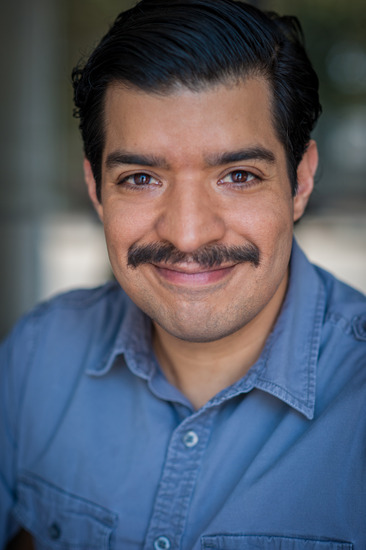 Joshua Duron is a musician/actor/producer who has been entertaining professionally in Los Angeles for more than 20 years, having played with influential Latin rock groups BLUES EXPERIMENT, CALAVERA, QUINTO SOL and QUETZAL. Earning his B.A at UCLA in Ethnomusicology with jazz studies as his focus, Josh has been lucky enough to have worked with artists such as Kenny Burrell, Ry Cooder, Zack de La Rocha, Lalo Schifrin and American theater/ and opera director Peter Sellars. As an actor, he has worked most recently in the staged reading, “The Ships Recorder” and CASA 0101’s productions of “Light in the Darkness” and “Trio Los Machos.” In addition to “SP!T, ” he is also in the Next Stage’s production of “Metro Med” during the month of June.