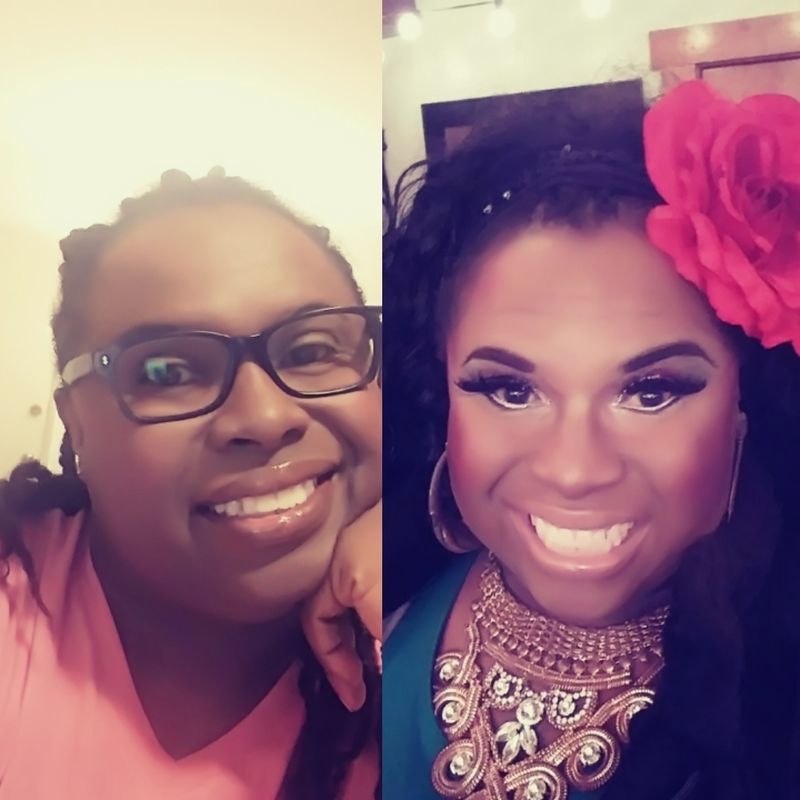 Pronouns: They/Them/Theirs – Drag Performance Artist//Radio-Event Host/Speaker/Panelist/Activist/Actor/Producer/Writer/Panelist
Miss Barbie-Q has been doing entertainment for over two decades and has stepped into activism in the past 2 years since coming out in the Trans community as a Trans Femme Non Binary Gender Nonconformist, bringing more visibility to the Non Binary and Gender Nonconforming community. They are an Outreach Coordinator/Peer Mentor for Project 90 for the Los Angeles Center for Alcohol and Drug Abuse, on the Flux-AHF Los Angeles Committee, an Ambassador with the Unique Woman’s Coalition, a new company member of the Sacred Fools Theatre Company, a member of Trans Lounge, a new board member of the LA LGBT Arts Alliance, on the committee for the Black Artists Track with the Western Arts Alliance, an associate with SAGE New York and is soon to become a licensed Spiritual Practitioner. They have been a panelist and trans femme NB GNC speaker at various events like Trans Pride, Safer Cities, Compose LA and This Way Out panel series.

They have hosted the 2018 Proud Stories and the 2018 AIDS LifeCycle Finishing Line Festival at Grand Park and was one of the hosts for the 2018 PROUD DTLA Festival. They have performed/ hosted at Planet Queer, Gay DD, Trannyshack, Bears in Space, Exposure, Queer as Punk, Hamburger Mary’s Weho, Mustache Mondays and Cabaret Consensual to name a few.