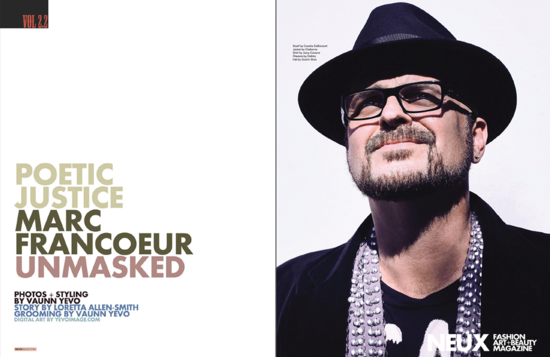 Marc Francoeur hails from Kankakee, a blue-collar factory town amidst the cornfields of central Illinois. As a child he was always drawn to the vitality and beauty of the dramatic arts: music, dancing and acting. It was his escapism and salvation from the narrow confines and minds of the rural Midwest. As he got older it became his ticket out of town to the more cosmopolitan and expansive consciousness of Chicago and Los Angeles.

Marc received his BFA in Theater and Music from Western Illinois University in Macomb, Illinois. He worked professionally in Chicago as an actor, writer and composer. He toured nationally with Child’s Play Touring Theater, was a founding ensemble member of the renown Free Associates Improv Company, and worked in Chicago musical theater doing A Chorus Line, Joseph and the Amazing Technicolor Dream Coat, 42nd Street, and Best Little Whorehouse in Texas, to name a few. After moving to Los Angeles, Marc turned his focus to music. He founded and created two popular club bands that were regulars on the Hollywood music circuit: Marc Francoeur & the Motha Fizzies and The Butterflyman Band.