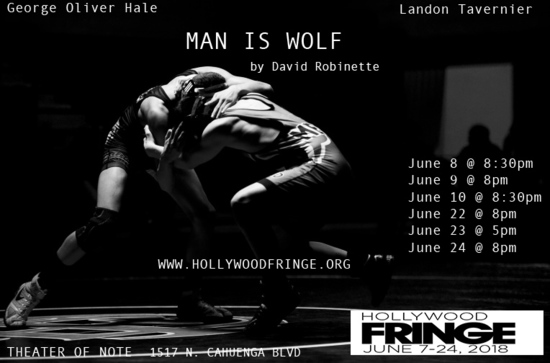 David Robinette is a playwright, director, and educator. The world premiere of Man is Wolf will be his third time as a participant in the HFF Festival. His previous play Eddie won an Encore Award, and he also adapted and performed Kafka’s A Report to the Academy. His award winning play Crosscut has recently been staged in the LA area. Also, David has just directed his first short film.

His acting credits include: Law and Order (CI), As the World Turns, All My Children, and Cry Funny Happy (Official Selection of the Sundance Film Festival). He has various theater credits in New York and Los Angeles.

Lastly, he has been teaching acting for 14 years in both New York and Los Angeles.