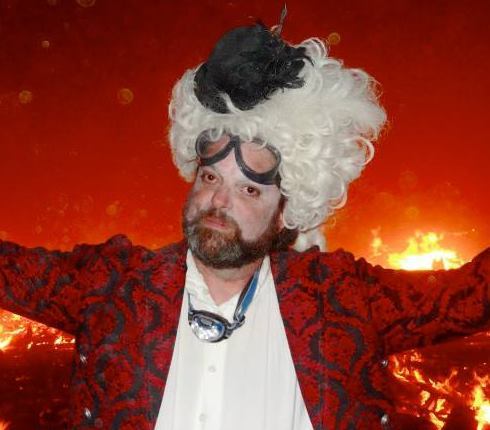 Eric G. Johnson (director/producer) has admired the films of Werner Herzog and Klaus Kinski since studying Herzog’s films at UC Santa Cruz 30 years ago. He’s even made a pilgrimage to AGUIRRE and FITZCARRALDO locations in the Amazon, where the wrath of Kinski lives on alongside other, more ancient, oral traditions.

Eric’s other directing/producing projects with WTFN include the world premier of STARFUCKING at the 2015 Hollywood Fringe Festival (Encore Producer’s Award winner) and West Coast premier of the short play HIJAB for the 2016 Hollywood Short+Sweet Theater Festival.

Eric is currently a producer on the feature films FLY ON THE WALL and BASTARDS Y DIABLOS which premiered at the 2015 Los Angeles Film Festival. He also wrote, directed and produced the film TWEEK CITY which was distributed around the world by Maverick Entertainment.