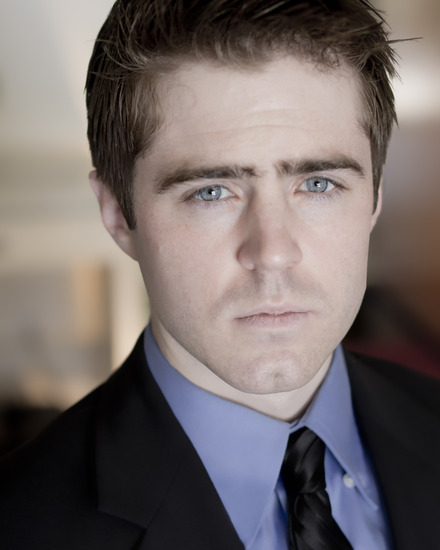 Born and raised in Michigan, Eric Pierce graduated from The University Of Michigan with a BFA in Performance. Moving directly to Los Angeles out of college, he has since performed in numerous films around the festival circuit. Most recently, he can be seen in the short biopic In Lieu Of Flowers, where he took on the role of Michael Hastings, the Rolling Stone journalist famous for his article “The Runaway General” which prompted the resignation of General Stanley McChrystal. In addition to film, he is a veteran of the stage and has performed in theatres all over Los Angeles, from Pasadena to Long Beach.

Regarding Death By PowerPoint: "James has written a show that really hits home on two levels. First, for those of us who have ever had to sit through a coworker’s dull PowerPoint presentation (which is just about all of us who have ever had an office job) the irony will not be lost on you. Second, under the cover of comedy, Death By PowerPoint makes some very profound commentary about our American culture that we have all grown so used to. It takes some of the things that deep down we all know about our lifestyles but never really talk about and puts them right up front, complete with slides and diagrams, PowerPoint style.