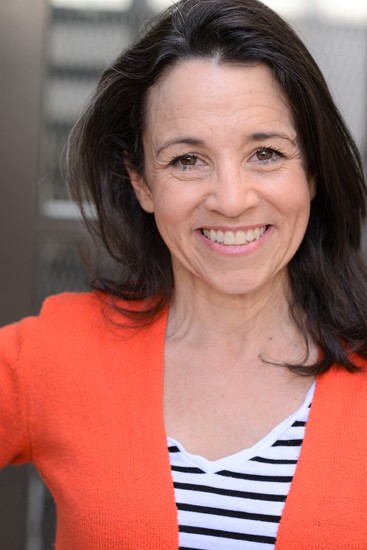 Jennie Fahn is a writer/actor/director. Her first one-woman show, YOU MUTHA! A One-Mother Show, ran for two years in Los Angeles and was featured in the 2005 N.Y. Fringe Festival. As an actor, Jennie will appear shortly (pun intended) in the upcoming features THE TWIN and MUSE, and in the new Showtime episodic I’M DYING UP HERE. Los Angeles theater appearances include: GROW A PAIR…OF WINGS (Lounge Theater), PRIDE AND PREJUDICE (Actors Co-op), ALICE IN ONE-HIT WONDERLAND 1 & 2, JACKSON FROST (Troubies/Falcon), AMADEUS (with Neil Patrick Harris – Hollywood Bowl), THE WILD PARTY (Musical Theater Guild), ANYONE CAN WHISTLE (Matrix), A NEW BRAIN (West Coast Ensemble), UP THE WEEK WITHOUT A PADDLE (Neurotic Young Urbanites), and WONDERFUL TOWN (Reprise!). Or you may see her in a re-run of one of her television appearances on THE MIDDLE, HEROES, WITHOUT A TRACE, THE BERNIE MAC SHOW, MY NAME IS EARL,WILL AND GRACE and BECKER. She recently wrote and directed her short film, BREAK, as well as directed several episodes of the web series INSULT TO INJURY. She also is the writer/co-star (with Tippi Hedren) of the short TEA WITH GRANDMA. Jennie is the proud wife of Jonathan, and mom of Harry and Sammy.