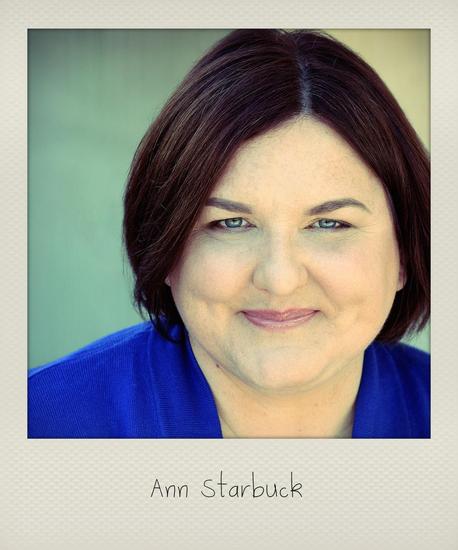 Ann Starbuck (AEA, SAG-AFTRA) has worked as an actor, director, producer in theatre and a post supervisor in television. A BFA Theater (Acting) graduate of the University of Colorado, Ann’s professional acting career began at the Colorado Shakespeare Festival. Two national tours later, she landed in NYC. Her New York theatre credits include over a dozen shows including GIRL SCOUT
REJECTS (solo show), 27 WAGONS FULL OF COTTON (Off-Broadway), SALOME, ROMEO & JULIET, and AS YOU LIKE IT. From 2001 – 2003, she was the Producing Artistic Director of LA’s Blue Sphere Alliance Theatre Company,
where she acted, directed and produced numerous plays including HELLO FROM BERTHA, TISSUE, FAT CHANCE, and SOLOS IN HARMONY. In 2007 Ann directed and developed the critically acclaimed one-woman show, DANCE OF THE LEMONS, about the faulty LAUSD school system. More recently, Ann has played Improv with the good folks at UCB-LA. As a writer, her career started in
New York on the editorial staff of “The New Yorker” magazine, even having an article published in Goings On About Town. In 2003 Ann turned her producing acumen to television and spent five years working at HBO in post production. From there she worked as the post coordinator on the pilot and second season of “Game of Thrones” and then as the Post Supervisor for on STARZ’s “Black Sails”.