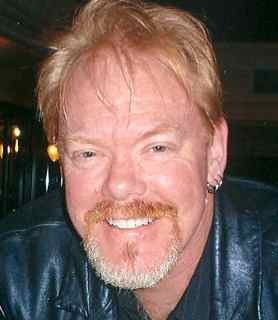 A past recipient of an endowed James Michener Fellowship, Blackburn is a co-founder of Fierce Backbone Theatre Company in Hollywood.

Blackburn’s ancient Greek murder mystery THE ROCK OF ABANDON premiered at the 99-seat Lillian Theatre in Hollywood on October 18, 2012. Backstage praised it as “A Grecian extravaganza… always engrossing and fun to watch,” while Bob Leggett on Examiner.com hailed the drama as a “masterpiece” that “delivers twists and turns worthy of Hitchcock himself.”

Blackburn has also authored two books. EACH ONE TEACH ONE: UP AND OUT OF POVERTY — MEMOIRS OF A STREET ACTIVIST (Curbstone/Northwestern University Press) is the as-told-to autobiography of the late anti-poverty and housing activist Ron Casanova. Booklist hailed EACH ONE TEACH ONE as “an eloquent voice for Americans too often ignored or scapegoated.”

Blackburn’s collection of short stories, THE EXTINCTION OF RHINOS IN MEXICO: 9 TALES OF LIFE & DEATH (Xlibris) was lauded on Chuck Palahniuk’s website as “a great collection of heart wrenching stories…all heart, vulnerable and brutally honest.”

Blackburn has just completed GRANT’S HORSES, an historical novel set in the 1845 boomtown of Corpus Christi, Texas, where 12-year-old bookworm Jesus Paine McBean longs to become a heroic soldier, but struggles between his love for his heroic, but racist Texas Ranger brother Chance, and his tag-along awe of the handsome, gentle young Lt. Ulysses Grant.

Blackburn lives in Los Angeles with his wife Consuelo Flores, Associate Producer of LINCOLN ADJACENT. She’s also a writer, and co-produced the Fierce Backbone production of THE ROCK OF ABANDON.