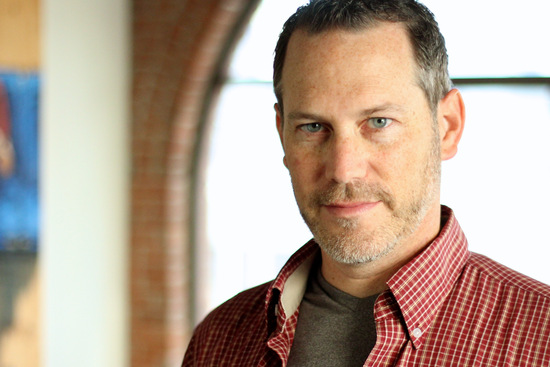 A Moth StorySLAM champion, David began doing solo work with his ‘hyper-opera’ VIRTUAL MOTION at Sacred Fools. The LA Times described this one-man hyper-opera as, “Dazzling…The stage truly belongs to Rodwin”. The San Francisco Guardian declared, “Inspiring… Anyone who thinks theater has no new territory to explore should take a look at Rodwin.” David went on to tour the show to over 20 venues throughout the US and Europe.

David’s later solo shows include MONKS & SLUTS AND STATESMEN (Oh, my!) at Edinburgh and the semi-autobiographical TRIPPIN’ at LaMaMa. Upon seeing his work, Spalding Gray invited David to The Atlantic Center for the Arts in 2002 and for a month worked intimately with David on his monologue RAGING LOVE. David emerged from that encounter with his first book, NEVER MEET YOUR IDOLS, about his time spent with Spalding shortly before his suicide.

Back in the 90s, Rodwin wrote music & lyrics for STAR DREK!: a musical parody of the sci-fi classic which ran in Seattle for almost 2 years. Later that decade, American Opera Projects premiered his multi-media opera ECSTATIC JOURNEY originally developed at the Aspen Music Festival with video by Laurie Anderson’s visual designer. Dixon Place and Disney/ASCAP workshopped his avant-musical WARNING: eXplicit Material. He was also commissioned by LA’s ASK Theatre Projects to create a hip-hop opera based on Wagner’s Ring cycle after participating in the Composer/Librettist residency. And Mabou Mines (founded by Philip Glass) commissioned him to compose a chamber opera THE PRAYER CYCLE presented at the Public Theatre’s ‘New Works Now!’ and premiered at PS 122.