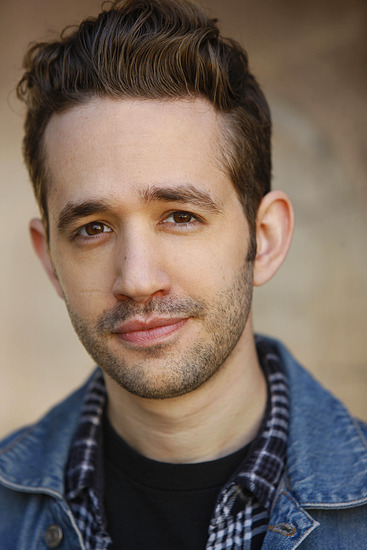 David is native Southern Californian born & bred minutes away from world famous Malibu Beach. It was of no surprise that Surfing, Scuba-Diving and other water related sports, became an important part of his life.

He was first introduced to Theatre by his dad, who starred in the original Broadway production of HAIR (1970-1974) and numerous other Broadway & off-Broadway plays.

David fell in love with acting after his first show “Macbeth.” And has continued in his father’s footsteps ever since. His commitment to the art has remained strong, sincere and everlasting. He has appeared in numerous Theatrical Productions, Film, TV, Commercials, Music Videos and is a current cast member of sketch comedy group Spoof Troupe. His two most recent credits include a co-starring role as a Young Priest opposite Vincent D’Onofrio, Anton Yelchin & Chris Marquette in Feature Film “Broken Horses” 2013. And another co-starring role as a Line Cook opposite Jamie Pressley in Indy Feature Film “Abby In The Summer” 2013. “Abby In The Summer” is Sundance Festival bound and “Broken Horses” is slated to have a worldwide Theatrical Release.