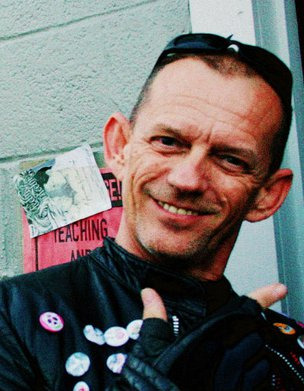 Ezra Buzzington (AKA Jonathan Harris) is the Founder of the first Fringe Festival in the United States (Seattle), one of the original 3 founders of the New York International Fringe Festival (with John Clancy and Aaron Beall) is a stage/film and television actor who has appeared in over 60 films and dozens of television shows. He’s worked with some of the industry’s finest directors from David Fincher, Christopher Nolan and Clint Eastwood to Alexandre Aja, Bruce LaBruce and Rob Zombie. He appeared in the Oscar-winning “The Artist” directed by Michel Hazanavicius and has been called the “Dennis Hopper of underground cinema”. He recurred as Oswald Eisengrim – henchman to John Malkovitch’s Blackbeard – the NBC series “Crossbones”, on ABC’s “The Middle”, “Counterpart” on Starz and, most recently, on DC Universe/WBTV’s “Doom Patrol”.