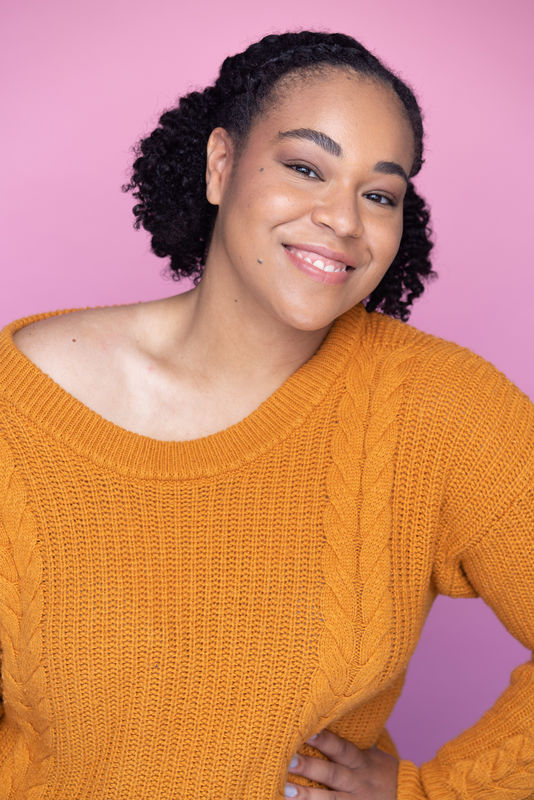 Alesha G is an African American Actress, Comedian, Producer, Writer, and Host. She has been performing all her life and has been improving every step of the way. Most actors like to say that they are a mix of this actor or that. But there is truly only one, Alesha G. Alesha is a dynamic and versatile actor who loves to learn and is quick on her feet. She wants to make sure that when she performs she is giving you everything you want and more. With a degree in Entertainment and tourism studies with a minor in Radio, Tv, and Film from California State University Fullerton, Alesha has a strong grasp and understanding of the Jenga-like quality of the entertainment business and how it moves.

Alesha is a constant student of the business but most importantly of the craft itself. Besides reading various acting books from the greats, she has continuously studied under the teachings of teachers such as James J.Cicconie, Alex Collins, and Wendy Alane Alright, and has continuously been studying under Deryn Warren and finishing up time in the core track of classes at The Groundlings School of Improv. She was also a 2021 recipient of the Diversity Scholarship provided by the famous Groundling Theater here in LA. She has recently started her Meisner training at Playhouse West here in LA.

Alesha has been on her acting journey now for almost 8 years and has been involved in multiple short films, theatre productions, and feature film opportunities. She has recently signed with CSP Management/ Citizen Skull and Momentum Talent Agency here in LA and with their help, she has auditioned for high-profile streaming platform projects for Amazon and Netflix. Alesha has been constantly auditioning and booking since the beginning of 2022. Including recent bookings for multiple commercials for a variety of brands such as Pure Life Tea, TJ Maxx/ Marshalls, Black Travel Box, and LYFT. Keep an eye on Alesha G because she is on the rise and it’s going to be a crazy ride.