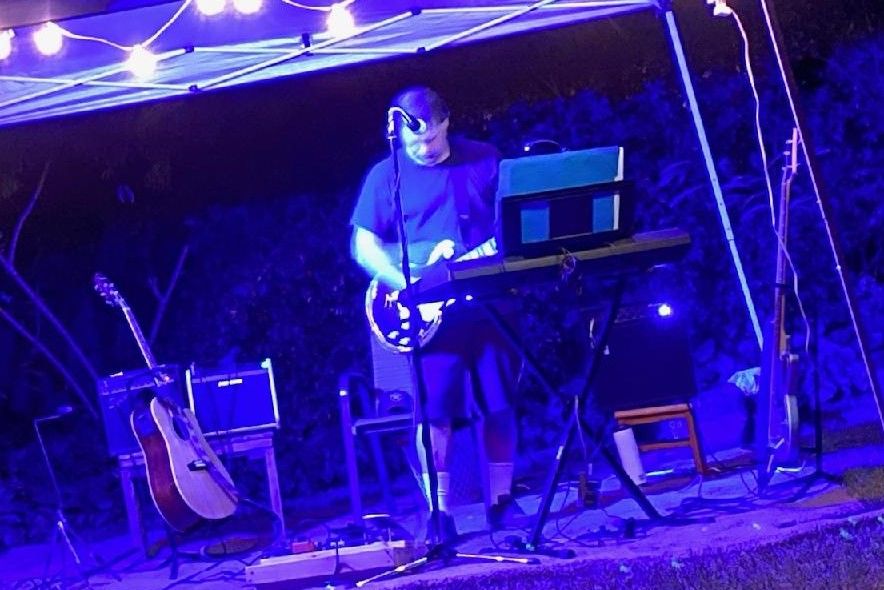 Chris Murphy uses “The Pale Gypsy” as a semi-fictional persona to present the wide variety of stories, subjects, and music that comprise his Traveling Musical Revue. Although this is his Fringe debut, Chris is no stranger to writing and performing. A member of SAG/AFTRA for almost twenty years, he has appeared in independent films, and has voiced a number of characters in video games, including Agent G in “House of the Dead III” for Xbox, and is best known for his role as Murray in the “Sly Cooper” franchise for Sony’s Playstation. He has also written, produced, and performed original works steadily over the years.

Chris has recently been living in Northern California, focused on working to expand arts education with local arts and educational organizations by serving as a member of various boards of directors, and committees such as The Community Arts Team representing southern Butte County as part of the Kennedy Center’s “Any Given Child” Program. Chris is most proud of the work he has done throughout Butte County as a Trauma Informed Teaching Artist working in under-served, rural communities, and with at-risk youth in partnership with schools, theater groups, and The Butte County Office of Education. Through these programs, Chris has witnessed the powerful impact that live performance has on both performer and audience. A comment Chris often tells his students: “What we do on stage gives the audience something important, even if it’s through the dumbest slapstick comedy ever made!”