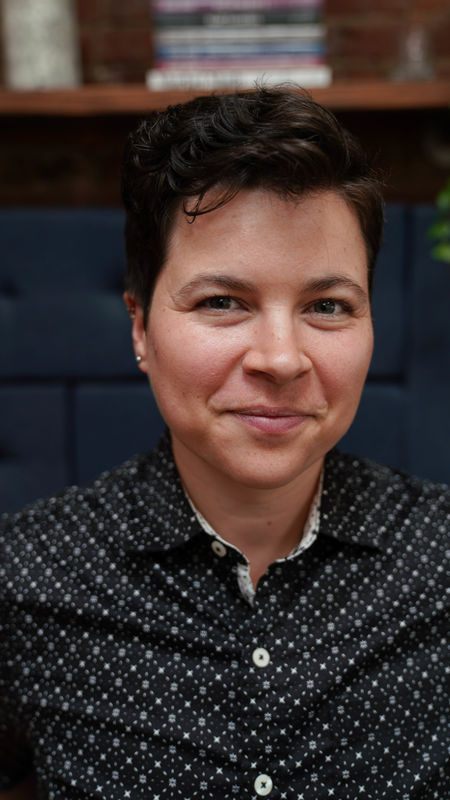 Maddox K. Pennington (they/them) received their MFA in Creative Nonfiction from Columbia University. Their first book, A Girl Walks Into a Book: What the Brontes Taught Me About Life, Love, and Women’s Work, a bibliomemoir about the Brontë sisters, was released May 2017 by Hachette. Previous writing has appeared on Electric Literature, The Toast, The American Scholar online; they’ve performed at DC Nerd Nite, FemX Improvised Monologues, the DC Drafthouse, the DC Arts Center for the LGBTQ Comedy Festival, and other comedy venues. After teaching college and creative writing in Washington DC, they moved to Los Angeles to join the writing faculty at the University of Southern California. In 2021, a reading of their play Love Chicken was featured at the virtual Pittsburgh Fringe Festival and an excerpted reading from Annex was presented during the Bucharest Inside the Beltway residency showcase. An upcoming play about the arrival of Okie Cherokees in Los Angeles prior to the Dust Bowl will be developed in 2022 with the Moving Arts MADLab First Look festival.