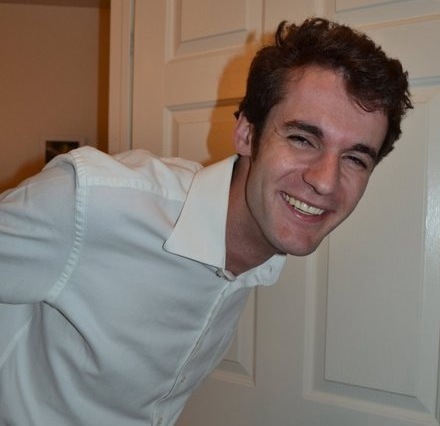 LANDON JOHNSON is a director and writer dedicated to telling good stories with strong moral messages. He has directing a number of productions in both theatre and film, some of most recent of which include “Hello, My Name is Charlie”, a feature film about issues facing modern high school students, “Lights and Darks”, which dealt with issues of racism and ageism, “Kaleidoscope”, which explored the difficulties of wheelchair paralysis, and “Crombie’s Zombies”, the darkly humorous story of an intrepid band of zombie hunters. He was also recently awarded by the Kairos Prize and the John Templeton Foundation for his feature film script, “Under the Apple Tree”, which he co-wrote with long-time collaborator Matthew Hill.

With more than 10 years of professional experience working in theatre, film, television, and live entertainment, Landon has worked on hundreds of projects and participated in all aspects of the storytelling process from script development through premiere. Landon first began directing while still in high school, and has spent the better part of his life honing his storytelling abilities. He graduated from USC’s prestigious School of Cinema/Television with a Bachelor of Arts, and has written and/or directed over 20 projects since.

A Christian man, Landon has a solid code of ethics he abides by both on and off set, and he hopes to use his story-telling and directing abilities to demonstrate that exceptional stories can be told without the use of explicit material.