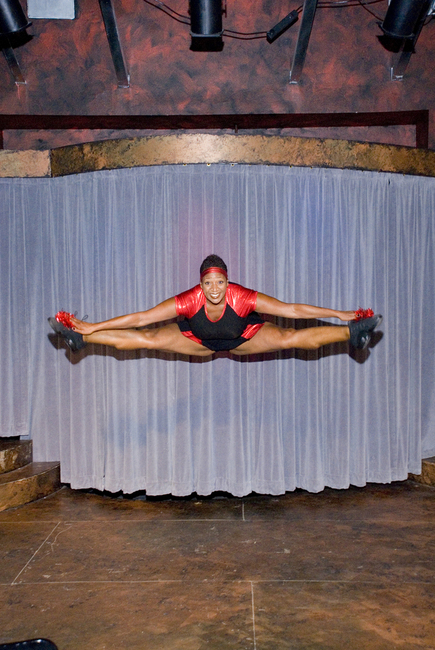 Kimleigh Smith is not only an actress, but a best–selling author and the founder of the “Embrace Your Cape!” philosophy. With her amazing comedic as well as dramatic chops, Kimleigh continues to enjoy a successful career as an Award-Winning actress and storyteller. She is also a highly sought-after keynote speaker and life coach, and teaches transformative workshops on topics such as Living Authentically and Powerfully, Healing Through Forgiveness, and Owning Your Story

Kimleigh spent the first 10 years of her life in Japan, which still holds a special place in her heart. After Japan it was off to Leavenworth, Kansas. She attended Emporia State University, became Miss Emporia, and received a BS in Psychology.

Despite her academic success, Kimleigh always dreamed of being a dancer and after graduation she moved to Chicago where she danced at several prestigious Chicago dance companies including Gus Giordano Dance and Joel Hall Dance. On a dare, Kimleigh auditioned for a play. She got the part and never looked back.

Kimleigh has graced the stages of Chicago’s most renowned theaters: The Goodman Theatre, Lookingglass Theatre, and The Steppenwolf Theatre, where she performed in “A Clockwork Orange”, “Crumbs from the Table of Joy,” and “Puddn’Head Wilson,” to name a few.

Upon moving to Los Angeles, she had the pleasure of reprising her role in “Puddn’Head Wilson” at Garry Marshall’s, Falcon Theatre. This production was honored with a “LA Weekly” Theatre Award. Garry Marshall fell in love with Kimleigh and cast her in her first major motion picture, “The Princess Diaries.” Thanks to Garry, her career began to thrive.

She is a proud member of SAG-AFTRA & AEA. Some of her television credits include “Bones,” “The Mentalist,” “Parenthood,” “Key and Peele,” “Law and Order:LA,” “E.R.,” “Lincoln Heights,” and “Heroes.” Kimleigh has written and continues to perform her Multi-Award Winning solo show, T-O-T-A-L-L-Y! She is grateful that her career is always flourishing in theatre, commercials, television, and film. Make sure to watch Kimleigh strut her stuff as the scene stealing Marzipan in Jason Bateman’s film, “Bad Words”.