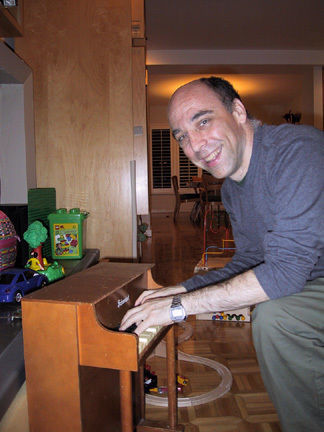 Noel Katz was the youngest member of the BMI musical theatre writing workshop under Lehman Engel, and also presented at the ASCAP workshop. He’s had sixteen musicals produced, including Such Good Friends, directed by Marc Bruni at The New York Musical Theater Festival, winning three NYMF Awards and two Talkin’ Broadway Citations, including Best Musical. He wrote a musical comedy in which he actually married casting director Joy Dewing at the Soho Playhouse, with singing bridesmaids, preacher, parents, and four-year-old flower girl. His Gilbert and Sullivan-esque backstage mystery, Murder at the Savoy, sold out at the 50th Edinburgh Festival, got five stars from The Scotsman, and has since been produced four more times in Great Britain. Most recently, his dystopian musical comedy, Identity was produced at the Wallis-Annenberg in Beverly Hills. Some of his other musical creations are Area 51, The Christmas Bride, On the Brink, The Pirate Captains, The Heavenly Theatre, and five revues for Second City.