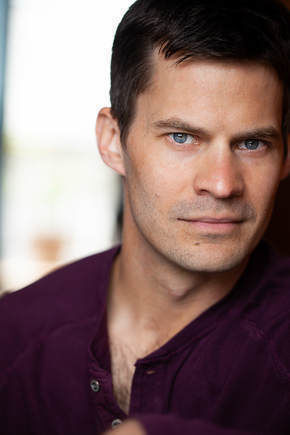 NATHANAEL JOHNSON is a director, actor, educator and theatre consultant. He has directed Blithe Spirit (Texas Shakespeare Festival), The Tempest (Scott Pask, Scenic Designer), Blood Knot (Los Angeles Ovation Awards Recommendation), The Shape of Things as well as The Adding Machine, The School for Wives, Prometheus Bound, One Flew Over the Cuckoo’s Nest and Much Ado About Nothing at AMDA, among others. He has also served as an Assistant Director / SDCF Observer under Michael Kahn for Henry IV, Part 1 & 2 at the Shakespeare Theatre Company. Additionally, he has directed for the Zeitgeist International Festival in Washington, D.C., the Frontera Fringe Festival in Austin, Texas (where his production was a “Best of Week” winner) and the Dramatist’s Lab at the Mid-America Theatre Conference. As an administrator, he served as artistic director of Performance Riverside where he oversaw the artistic and fiscal operations of a nationally recognized musical theatre company. As an actor, he has appeared on the television shows The O.C., Veronica Mars, Numb3rs and Medium and has likewise performed at regional theatres across the nation – most notably the Yale Repertory Theatre, Marin Theatre Company and South Coast Repertory. As an educator, he has served on the faculty of Riverside City College, Fullerton College, AMDA and St. Edward’s University in Austin, Texas. Other teaching credits include guest artist residencies at the Joffrey Ballet School Summer Intensive, Kennedy Center American College Theatre Festival (KC/ACTF), PCPA Theaterfest, Willamette University and Lamar University. He received his M.F.A. from the Yale School of Drama, his B.F.A. (summa cum laude) from the University of Evansville and is an RYT-200 (Registered Yoga Teacher) through the Yoga Alliance. He is a member of the Stage Directors and Choreographers Society (SDC), Yale Alumni Schools Committee, Screen Actors Guild (SAG-AFTRA) and Actors’ Equity Association (AEA).