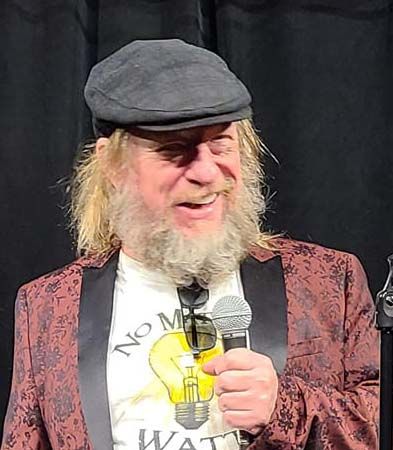 Self Employed Technology Entrepreneur for 35+ years. Moved to Los Angeles from Worcester Mass in 2016 to be near his Amazing Daughter who is a licensed Therapist. His son recently graduated Johns Hopkins as a Doctor. Recently did Stand Up Comedy at Flappers a few times in Burbank, Jay Lenos haunt. Wrote a Musical about his 25 years in Recovery after a “chance” meeting with Jonathan Larsons father. Plays Piano Drums and Guitar. A suicide attempt at 14 sent him to a dark world of a private school. Committed to a State Insane Asylum for a year in 1979 after drug induced schizophrenia at the age of 17. Bankruptcy in 1992. Diagnosed with AIDS in 2002 (68 T Cell) at Five Years in Recovery. T Boned riding a motorcycle in 2010 couldn’t walk for a year. He had a Triple Bypass at 49 years old (2011). Divorced twice. Has an impressive resume of pain. Keeps going NO MATTER WATT and strives to encouraged others to not Self Destruct. Had a great record collection at one time. Likes walks on the beach.