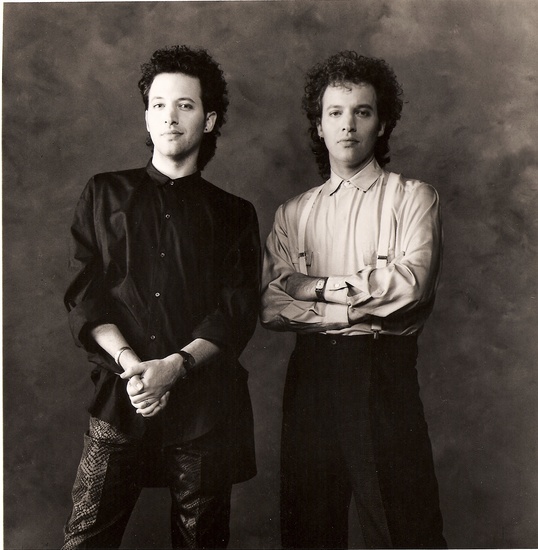 Twin brothers Geoffrey and Sam Rose have written songs for film, TV, records and radio and television commercials. Among some musical milestones were a top 10 adult contemporary hit, “Nothing But the Radio On,” for jazz great Dave Koz; “The Ride,” a song they wrote and performed for the first Karate Kid movie, and “Be There Now,” a national television spot for J. Walter Thompson and Sprint that aired on the Super Bowl.

With “REWIND A NEW 80S MUSICAL” they’ve teamed up again to create an original musical with a score that evokes the spirit of the 80s, one of the most colorful decades in the history of popular music.