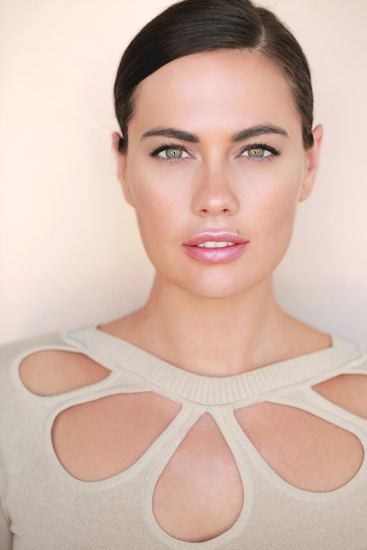 “You need me to DJ? Okay, so send a driver, and I’ll need a table, two bottles of whiskey, and cash at the end of the night. See you there.”

These opening words to a recent extended mix from C.C. Sheffield manifest the sweet, simple frankness of this new presence in the spin set.

The Seattle-born singer, songwriter, and DJ first dropped into the Los Angeles music scene as a member of the four-piece mood rock band Le Rev, whose sound seem to be a gene splice between PJ Harvey and Siouxsie and the Banshees. They ultimately released two EPs, but went separate ways in 2009. Sheffield took that as an opportunity to begin trying out her DJ chops, and was soon seen at a variety of Hollywood clubs and working with artists as diverse as Steve Aoki, MGMT, and Devendra Banheart.

Her first big break in professional songwriting, however, was writing in Sweden with producer Max Martin. Sheffield then went on to collaborate with DJ Tiësto in a remix of the Le Rev song “Escape Me” featured on Tiësto’s album Kaleidoscope (Ultra Music). This gave her the perfect transition into the worldwide electronic dance music scene. She devoted herself to songwriting, singing, and DJing across the globe, performing all the way from a Qatar prince’s New Years Party in Egypt to all-night raves in Seattle. She has also collaborated with superstars Afrojack, Avicii, LA Riots, Steve Aoki, Skrillex, and deadmau5.

As if that wasn’t sufficient, Sheffield is the newest sign for label Ultra Music, and released her first single, “Long Brown Hair,” on May 22. Her DJ sets, by contrast, both elaborate upon and plug in to that written music, and are the more compelling for it, as the bubblegum sweetness of her recorded style adopts a satisfying, often darker hue when she is behind the table. She’ll call from styles as diverse as Caribbean to variations on anthem rock, but her sets are infused with a weathered experience altogether unbecoming for a woman of tender years. Oh, and she’s also unspeakably lovely, which doesn’t hurt her marketability at all in this high testosterone profession.